Most recently, CHUCK served as the Asst’ Dean for the University of Phoenix College of Security & Criminal Justice. In that capacity, CHUCK was responsible for relationships, strategy and programming with various law enforcement agencies, organizations and security entities. 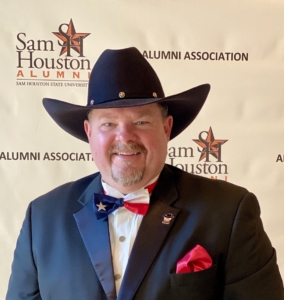 CHUCK served as the Global Security Director for NSS Labs, one of the world’s leading information security research and advisory companies. In this capacity, CHUCK was responsible for advising, strategy, relationships and overall security, et al. Prior to that,  CHUCK served as the Director of Security & Investigations for the world’s largest 3rd party financial payment company – First Data Corporation – TeleCheck (KKR). He worked with thousands of federal, state, and local law enforcement agencies and is responsible for the investigation of FRAUD with the 7.2 million merchants and financial institutions that make up FDC-Telecheck customers. He also maintained relationships working directly with their CSO’s/CISO’s and investigators, making his network one of the largest in North America. Additionally, he oversaw the traditional role of a Fortune 250 corporate security team, to include: physical security, forensics, cyber, privacy, audits, internal investigations, due diligence, operational risk assessment & prevention, business continuity & tactical planning and crisis management.

CHUCK started his law enforcement career at age 13 as a Law Enforcement Police Explorer, logging some 4,000 hours of patrol time by his 19th birthday when he became a commissioned peace officer from a police academy in Houston, TX. He also attended the distinguished Sam Houston State University (SHSU) as a criminal justice major, graduating at the top of his class with scholarship awards from the United States Secret Service (Dietrich Cross Memorial) and the Sheriffs’ Association of Texas.

While at SHSU, he studied criminal justice abroad at the Max Plank Institute in Europe. He also led the SHSU Criminal Justice Center via his CJ Fraternity to national acclaim in various competitions across the United States and was also the VP of the general student body SHSU SGA. CHUCK was an LAE and Alpha Phi Sigma member as well. CHUCK remains an active lifetime alumnus of SHSU & the Criminal Justice center today.

CHUCK holds another AAS degree in the oil/gas/chemical industry as well as his MBA in Security Executive Management from the University of Houston-Downtown.

CHUCK started working in Texas law enforcement as a commissioned law enforcement official in 1983 and moved to Colorado law enforcement where he retired early in 1998 as Director of Crime Prevention. During his law enforcement career, though the recipient of numerous awards and achievements, most notably he was the youngest person to be named International Crime Prevention Officer of the Year, a lifetime achievement award recognizing his work in crime prevention on an international scale. He was also recognized by the governor with a Citation, receiving Colorado Crime Prevention Officer of the Year and Crime Prevention Unit of the Year awards. After serving as the director of crime prevention in the Denver metropolitan area, CHUCK relocated back to his home state of Texas to serve as Chief of Police in Brazoria County. Digressing to learn more about global business, he took a position as EHS/ODMS/TRAINING Director for The Dow Chemical Company to develop his business acumen………which lead him a few years later to be recruited for a Tier 1 VP & COO/CSO  role with the financial industry back in Colorado. In 2007, he was offered to return back to Texas by First Data Corporation to accept the position of Director of Security & Investigations.

CHUCK’s diverse experience includes, but is not limited to, serving as the law enforcement advisor for the FOX TV reality show COPS, working for the University of Colorado-Boulder Police Department (9 years) and rolling out crime tools in North America & Europe, and serving on the 1996 Olympic Security Team. A member of numerous security & law enforcement industry organizations, to include the International Association of Chiefs of Police, Association of Certified Fraud Examiners (ACFE) and the American Society for Industrial Security (ASIS) International, he has held certifications in several of these organizations over many years, along with numerous other law enforcement & security related associations. He also held officer and board positions in many state, local, national and international law enforcement organizations, companies and groups in various industries and technologies. Currently, Mr. Andrews sits on two International Boards and the councils of a few other organizations. As an expert in the security and law enforcement industry, CHUCK is sought-after in many capacities and projects. Most recently, CHUCK brought a multi-million dollar opportunity in technology to a security/law enforcement organization.

Currently, CHUCK serves in many different roles in security technology, i.e. – sitting on Boards as Chairman Advisor, Board Chairman, Owner, Advisor and Strategist. CHUCK is also an adjunct graduate Professor at his alma-mater of Sam Houston State University in the Computer Science Department and also serves as a Lifetime Alumni and sometimes Ambassador for the Criminal Justice Center. He is also the former ASIS International Regional Vice President (RVP) for Region 3C (State of Texas) where he oversaw 6 Chapters and over 2,000 members in the ASIS security industry for four-years… along with sitting on two International ASIS Councils. Currently, CHUCK was elected to serve on the ASIS International Board of Directors which oversees all 35,000 ASIS members in 136 countries. Additionally, Chuck was the Advisor for Sheriff Adrian Garcia of the Harris County Sheriff’s Office in Houston, TX on topics of public/private partnerships, security & technology and other special projects.